The manor of Fittleworth, in the reign of Edward I, was held by William Dawtrey and subsequently by the Bishopric of Chichester

The Lee and Stanley families were major landowners in Fittleworth through the centuries, as well as the Duke of Norfolk. Also among major property owners were the families of Levett and Edsaw.

From 1536 The Swan Inn was the coaching inn, and permitted a change of horses for the royal couriers of the King’s Post en route from London to the coast, before the long climb up the South Downs at Bury Hill.

The village was served by Fittleworth railway station, on a branch line of the now-defunct Midhurst Railways, from 1889 to 1963. 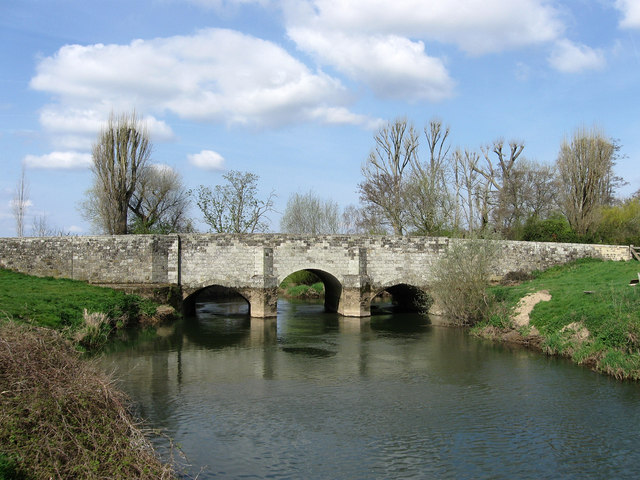 Fittleworth Bridge over the Rother Navigation

There are two bridges at Fittleworth, both of stone; one of two arches, the Clappers Bridge, belongs only to the mill stream; the other, of three, spans the River Rother and is sixteenth century, though the piers may be older. The middle span was enlarged in the 1780s to take barge traffic through to Midhurst. When the road was widened in 1967 the Clappers Bridge was rebuilt in entirety. Fittleworth Bridge was partially rebuilt to take a 25′ road about twice the previous width.

The Swan Inn on the north side of the Rother Navigation is a coaching inn with history possibly going as far back as the late 14th century. The Ancient Order of Froth Blowers (Motto: “Lubrication in Moderation”) was founded here in 1924. The guild was created “to foster the noble Art and gentle and healthy Pastime of froth blowing amongst Gentlemen of-leisure and ex-Soldiers.

It attracted an extraordinary half a million members in the 1920s and 1930s. Lager beer was ineligible, The Swan Inn rule book stating: “it is unseemly and should be avoided always excepting by Naval Officers visiting German Colonies.”.

Many Victorian Artists have left paintings on the panelling of the lounge, including George Cole, Rex Vicat Cole (who sub-let his nearby cottage Brinkwells to Edward Elgar in 1917), A.W. Weedon and Philip Stretton. One of the Visitors’ Books contains music and words to ‘A Song to the River’ by composer Sir Hubert Parry visiting for a boating trip. E.V. Lucas, Lamb’s biographer, thought it the most ingeniously-placed inn in the world. “It seems to be at the end of all things. The miles of road that one has travelled apparently have been leading nowhere but the Swan.”

Coates Castle in the village of Coates, West Sussex is a Grade-II mansion about one and half miles south east from the southern boundary of Fittleworth. An area around Coates Castle has been designated as a Site of Special Scientific Interest which contains the entire known remaining British population of the Field Cricket Gryllus campestris.

Explorer and broadcaster Duncan Carse lived in the village for over 40 years until his death in 2004.

The composer Edward Elgar lived in a house called “Brinkwells” near Fittleworth from 1917 to 1921. It was here that he composed his last four major works: the Violin Sonata in E minor, the String Quartet in E minor, the Piano Quintet in A minor and the Cello Concerto in E minor.

A. B. Simpson rediscovered the tuning of bells, publishing two papers in the Pall Mall Magazine in 1895 and 1896. These two articles revolutionised bell tuning, and allowed for the great growth of carillons and other tower bell instruments that began in the early part of the twentieth century. The first set of bells founded under Simpson’s principles, cast by the Taylor foundry in Loughborough, England, now form the basis of the carillon at Iowa State University, Ames, Iowa.

The artist Charles Henry Sims lived there in the early 20th century.

Sculptor Alan Thornhill spent his childhood, between 1925 and 1936 here, his family building ‘Rotherwood’.

Reginald Rex Vicat Cole (1870–1940) was an English landscape painter, and founded a School of Painting together with Byam Shaw. The Byam Shaw and Vicat Cole School of Art was based in Kensington.

Architect Clough Williams-Ellis produced designs in 1914 and 1929 for Little Bognor’s Maxse family. He also made a design for a Hesworth Common War Memorial.